I've had a couple of tough months to go through, so I haven't had the time or lust to write anything. I don't even want to say that much about it, 'cause it'll just make me sad. Peter and I are over, we're through, we're moving on and we're trying as hard as we can to stay friends, though it can be hard sometimes. I am not completely over him, so certain things hurt. But I can't do anything about it. I just have to get drunk and move on, that's what's working. So I'm just trying to enjoy the single life.
It is harder to get laid than I thought, really.
But I'll see Peter the 5th of April at Punks Undead. I feel nervous about it, because we haven't seen each other since the middle of January, but I do miss him, so...

Talking about Punks Undead, this will be the second where I am in charge of the kitchen - making dinner for the bands and the crew. Last time I made vegan Gullash with a whole lot of mushrooms in it, and people complimented me for the food a lot and Emil told me it was on the top 5 of best food ever served at Punks Undead, so that made me really happy.
I don't know what to make the next time, but I've asked a person who has this blog on Tumblr called veganfeast (www.veganfeast.tumblr.com), so I hope she-/he'll answer me with some good ideas.
- So yeah, that means I've made a blog on Tumblr as well. I'll probably use that more, but I use it for short posts, while this is for the longer posts, like this one.
Here, have a link: www.oikaast.tumblr.com

I'll try to use this more than I do, but I don't really do interesting stuff at the moment, but getting drunk and sometimes feel sorry for myself, though it's months ago. But yeah... see ya'll.

P.S. I recently fell in love with Zombie Boy. He makes me happy. 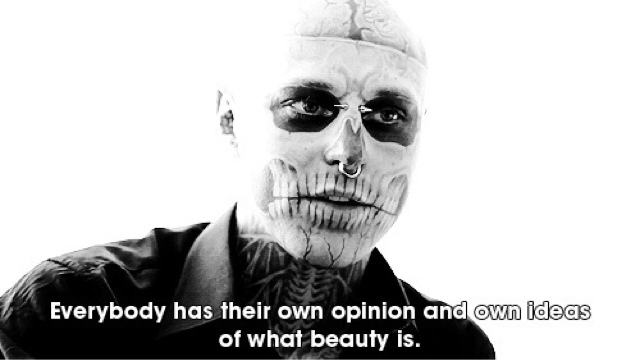 I just had an absolutely amazing weekend. Where? With who? I think you might know it (if you don't, it was in Aalborg, with Peter, of course).
We spent Friday night out, first at a bar drinking a couple of beers with his mum and her friend, followed by drinking at 1000Fryd at a free show with our friends. Just lovely.
Saturday, we cuddled, helped Peter's brother moving, went to Morten's place, went home, buying sweets, soda and Chinese on our way home, at then we just cuddled up all night, watching Disney cartoons. We cuddled so much it almost made me sick, haha, I just love it! We were supposed to go to this small Christmas market in Aalborg, to drink hot cocoa, share a candied apple and take a ride in the Ferris wheel, but they closed already at 17 (5 p.m.), so we weren't going to have this small, romantic winter-wonderland. Unfortunately. But that's what happens, we just went home for a cuddle instead, which I am alright with.
Sunday, we - wait for it... cuddled! Yes, we cuddled some more. It had been snowing all night, so there was this thick, white carpet all over the streets, so we putted on come clothes and went out for a little walk before I had to go home. We bought a sandwich at Bogø (best sandwich shop ever!!!) and took a ride in the Ferris wheel afterwards. If it wasn't because of the cloudy weather, the view would've been absolutely fantastic. We didn't expect that you could see that much of Aalborg, but, well, you could. All the way from the east harbour, to the stadium in west Aalborg. Afterwards, we went to a café and had an Irish Coffee, a little chat and a lot of kisses.
All in all: a successful weekend.

I wanted to take some pictures of all the Christmas decorations, but... I guess we were just too busy doing other stuff. For instance, Peter just had two new babies on Thursday. Two cute, little baby rats. So adorable! So we cuddled with them a lot and I took pictures of them, instead of the city. But that's alright too.
Posted by Amalie W.B. at 00:15:00 No comments:

Aalborg, I miss you so.

I miss Aalborg so bad, you can not believe it. I have already been looking at student flats for when I'm done with my Gymnasium in Copenhagen. There is this one specific flat that I want so very, very bad. It is about 50 square meters, it has a large kitchen for it's size with space for an oven and to invite friends and family (yeah, more than one) over for dinner. Large bedroom, an alright living room and just a normal bathroom. The rent is affordable for a student (perhaps with a little help from my parents for food and stuff like that) and it is not just near the city, it is in the city, center of Aalborg. I am so in love with this flat and I really hope I get it, but I guess I shouldn't expect too much. But there are other flats I'd like too, so it's not like I'd get all depressed and disappointed if I don't get this one. I'd just really like this one.

All in all, I really can't wait to get away from Copenhagen. I was born here, I was raised here, but I do most certainly not feel like I'm at home anymore. I feel a lot better in Aalborg, it's just the right city for me. It has the right size, the right things and the right prices for me. Instead of taking the bus to where ever I need to go, I can just walk. I can walk to parks, to the harbour, to the bars, to go shopping, to visit friends, and after all this; I can walk right back home again. I'd have to take the bus to school, though, but we're not talking about that...
Copenhagen makes me depressed. I am tired of all the same and I truly feel like I've been born the wrong place.
I've went to Aalborg on and off for about a year and I've lived there for two months, and I can truly say that this is where I should be. This is where I belong, and I can't wait to come back.

It will only be for a weekend the next time, but at least I'll be there. With the two loves of my life.
Posted by Amalie W.B. at 01:06:00 No comments:

So, how was your weekend? You know I'm only asking to tell you about mine (because mine was by the definition "awesome").
I spent the whole weekend with Peter, Friday with moves, Saturday with shopping records and partying with Norwegians and Sunday with Cock Sparrer, and it was just... indescribable.

We picked up a friend from Aalborg at the main station and met up with a couple of other friends at a bar a bit later, who were also going to the concert. When we got there, we went straight to the merchandise-shop to buy some Cock Sparrer t-shirts, records, posters, you name it (the posters were free, yay!). And we got it signed! The warm up-band had a little shop too, but I barely dare to mention their name because they sucked so bad.
Cock Sparrer were about to start, so we bought a beer and went to the concert hall.
They started playing their first song and people already started the pogo. Idiots, bonehead and people who just wanted to "dance" went in front of the stage as the show began and if you were anywhere near them, well, yeah, you weren't going to be left alone (surprise). If it wasn't because they had microphones, the audience would probably have been singing a lot louder than the band. It was just insane. Pure awesomeness. But do you know what the best part was? Cock Sparrer... they're just five old men who still act like they just turned nineteen. They have so much energy on the stage, thinking of their age, which just made it such a great show. I just... I don't know what to say, really. I can't say anything bad about their performance. One of the members even did a little crowd surf when they finished the concert, and we got their play lists. I can't wait to see them again in April at Punk & Disorderly.

The show ended rather early, about eleven o'clock, so we didn't really want to go home. We went to a bar - Peter and I, Kris, Jello, Myke, the Norwegians Helga and Maria, Tutte and her boyfriend, Magi and Elisa. The bar even had Cock Sparrer on their jukebox, so the party continued.